The most common type of cosmetic surgeries for the eyes are upper as well as the lower eyelid surgeries  These operations have generally been subjected to the sagging skin around the eyes. Permanent makeup as well as the reconstructive lid surgery has likewise focused on the completed appearance of the eyes. Tattooing a person comes under the cosmetic, which should be considered as permanent makeup. On the other hand, reconstructive surgery concentrates on repairing the usefulness of an eyelid; however, it likewise has some cosmetic factors. LOWER EYELID
Lower eyelid operation is a sort of cosmetic surgery for the eyes that normally designed to alter drooping skin. The skin under the eyes droops because of hereditary qualities or age. This surgical method is completed by evacuating whatever skin, muscle, or fat is causing the negative appearance. The after effects of this surgery are temporary and the result is not permanent as well, because the skin will age and may look lethargic over the time. Also, the drooping effect will come back sooner or later.

RECONSTRUCTIVE EYELID OPERATION
Reconstructive eyelid operation is basically about recovering the eyelid to appropriate condition. Still, both doctors and patients generally think about the final result and the final appearance. This sort of incompletely corrective surgery for the eyes usually happens when an individual experiences serious stress or trauma to the eyes, or a tumor (cancerous growth) is required to be eliminated from the zone.

PERMANENT MAKEUP
Permanent eye makeup includes tattooing cosmetics around the eyes. Make up tattoos are different from regular tattoos or body arts, as they are intended for permanent makeup for the eyes. It would be difficult to call this procedure as permanent because our skin can’t be the same; it will change when we age. If someone wants a permanent makeup, then he or she should consider maintenance after a few years. Immediate surgery will be visible to the people around you, but the appearance will vanish over the time. 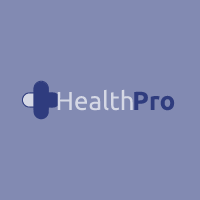